Painless backups - your insurance against disaster 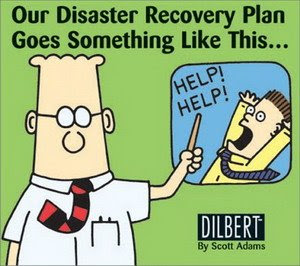 If you have used a computer for more than 5 years, you would have surely encountered the dreaded "Hard Disk Failure". Years of data is suddenly rendered inaccessible. The hard disk has nothing but strange noises to offer you. That is when panic turns into despair.

Unfortunately, most of users I know still sleep in a loaded cannon. The problem isn't laziness - it is the fact that backups are cumbersome. In 2005, I would agreed with you. One had to choose the data to be backed up, burn it meticulously on a set of CDs, label it and store it well. A 20GB backup would involve around 30 CDs. Restoration after a lost hard disk involved re-installing the operating system, applications, and finally copying the data from CDs one by one.

This article is the result of my quest for a painless backup. The first thing to do is buy an external USB hard disk, with the same capacity as the one in your computer. A 160GB portable USB hard disk costs approximately Rs. 4000 and is worth the investment. Next, you need to figure out what to backup. Rather than worry about selecting what to backup, I prefer to backup my entire system at one go, on a daily basis. And I like to have it done automatically. All I have to do is leave the portable hard disk plugged in when I am at my desk. In the event of a disaster, I would lose not more than a day's worth of work. Most portable hard disks come with backup software, which I find cumbersome and ugly.

My choice is a free and easy to use product called Macrium Reflect. There are three reasons for this - (a) one shot backup of the entire system, (b) backups run in the background, governed by a schedule and (c) it creates a rescue CD to be used when disaster strikes. A detailed review and a tutorial can be found on http://blog.cyberwatch.in/. If you are a Macintosh user, there's nothing better than Mac OS X's built-in "Time Machine".

So, if you haven't had a date with disaster yet, consider yourself lucky and take a backup at the first opportunity. And continue doing so regularly! The investment is worth the peace of mind when disaster strikes.
Posted by Saumil Shah at 3:43 PM